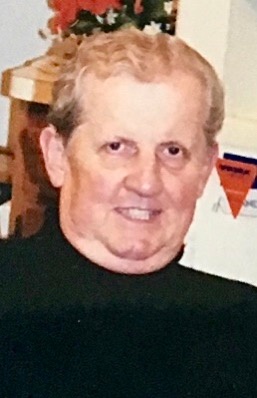 Frank J. Leschinski, 81, of Clarks Summit, died on Thursday in Geisinger Community Medical Center, surrounded by his loving family.  He was the husband of Shirley A. (Selemba) Leschinski to whom he was married for over 50 years.

Born April 1, 1938 in Scranton, he was the son of the late Stanley and Helen (Orlevitch) Leschinski. He graduated from Dickson City High School and honorably served his country in the United States Army.

Frank worked as a fork lift operator for many years at Panel Prints located in Old Forge. He enjoyed raising and racing homing pigeons and loves all kinds of animals. His greatest enjoyment was spending time with his grandchildren.

He is preceded in death by a brother: Joe Leschinski; sisters: Caroline Maxwell, Romayne Romanowski, and Charlotte Roshak.

The family will receive relatives and friends on Monday from 5-7pm at Jennings-Calvey Funeral and Cremation Services, Inc, 111 Colburn Avenue, Clarks Summit, PA 18411. A funeral liturgy will be held on Tuesday at 10:30am at the funeral home to be celebrated by Rev. Arbogaste Satoun. Interment with military honors, Abington Hills Cemetery, S. Abington Twp. For directions, or to leave an online condolence, visit the funeral home website.

Jennings-Calvey is honored to serve Frank and his family.

To order memorial trees or send flowers to the family in memory of Frank Leschinski, please visit our flower store.