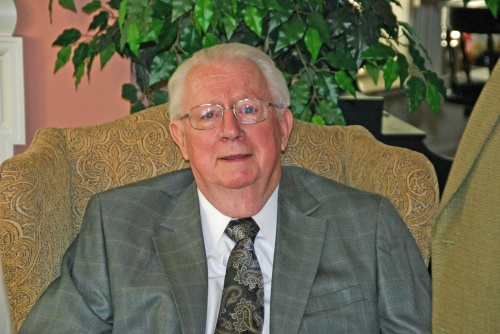 Born in Scranton, he was the son of the late Francis and Mary (Cannon) Williamson. Bob was married for 62 years to the love of his life, Mary Kathryne (Sheridan) Williamson, until her passing in 2016.

After graduating from Central Catholic High School in 1948, he served in the Army during the Korean War. He then attended the University of Scranton while remaining in the service as a member of the Pennsylvania National Guard. Bob had a rewarding career as a workers' compensation judge for the state of Pennsylvania until his retirement in 2010.

Dad was the eternal optimist, always there to offer encouragement or to impart a few words of wisdom to guide us through times of adversity. We will miss being able to be with Dad, but he will live on in our hearts as our loving father and grandfather.

There will be a private service held at the convenience of the family. Interment, Cathedral Cemetery.

To order memorial trees or send flowers to the family in memory of Francis Williamson, please visit our flower store.
Send a Sympathy Card