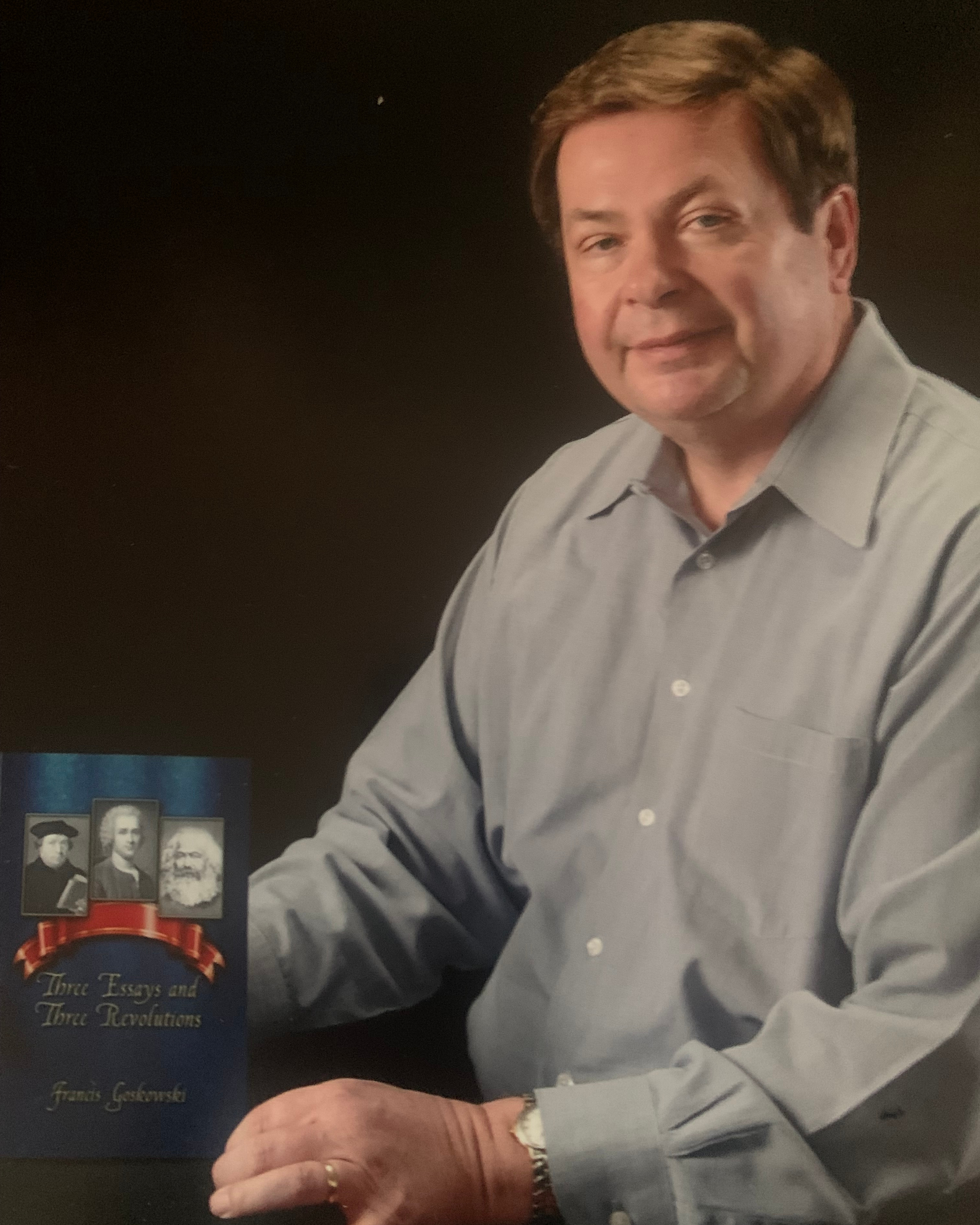 Francis Michael Goskowski, 72, of Clarks Summit, died on Tuesday, at home. He was the husband of Kathleen (Lyons) Goskowski to whom he was married since October 8, 1993.

Born on February 12, 1950 in Forest City, Frank was the son of the late Frank and Helen (Antonyak) Goskowski. He graduated from the University of Scranton with a Bachelors Degree and worked as an English Professor and later, Academic Dean for Lackawanna College.

Frank was a parishioner and lector of Our Lady of the Snows Parish and lecture for he was a member of the National Association of English Teachers, Northeastern Pennsylvania Writing Council, the Philharmonic League Scranton, University of Scranton Alumni Association and Alpha Sigma Nu. He authored two books, Native Tongues (2022) and Three Essays and Three Revolutions (2012).  Frank enjoyed warm and sunny weather, traveling all over the tropics with his wife and often seen mowing the lawn without his shirt.

He was preceded in death by step daughter, Sharon Yonkoski Komora.

The funeral will be Friday at 9:30 am from Our Lady of the Snows, 301 South State Street, Clarks Summit, PA, with a Mass of Christian Burial to be celebrated by Msgr.  Joseph G. Quinn, Pastor.  Interment Sacred Heart of Jesus Cemetery, Forest City, PA.  The family will receive relatives and friends on Thursday from 5-7pm at the Jennings-Calvey Funeral and Cremation Service, Inc., 111 Colburn Avenue, Clarks Summit

To order memorial trees or send flowers to the family in memory of Francis Michael Goskowski, please visit our flower store.