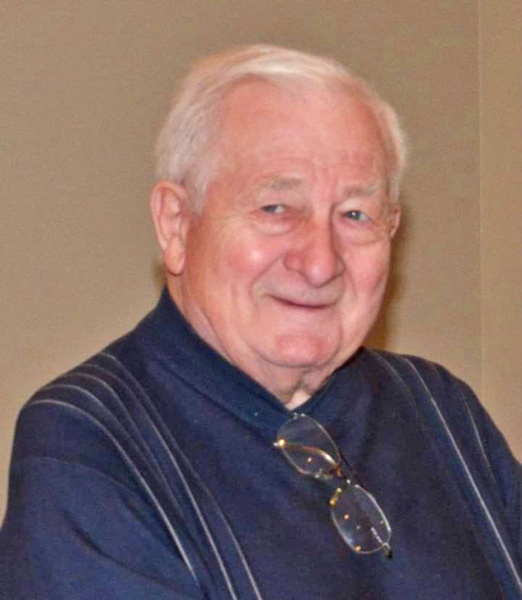 After graduating from Dickson City High School, he went to work to help his family. He spent three years working in the Catskills.

Upon his return to the Scranton area, Gene worked for the Globe Store in Scranton, where he met his wife. With little time to enjoy married life, Gene was drafted into the United States Army in January of 1953. After training at Ft. Gordon, Georgia, and attending school for meteorology at Fort Monmouth, N.J., he was sent to Korea, where he worked as a meteorologist for the military. Gene received an honorable discharge from the Army at Fort Meade.

As a young married man, Gene became a tile mechanic. As a member of the BAC Local 5 PA Union, he was chief mechanic on hundreds of jobs, including those at colleges across the state. In addition to traveling along the East Coast to share his talents, his moonlighting as a tile mechanic was the highlight of his career.

He had been a member of St. Mary's Byzantine Catholic Church as a young man and later St. Mary's Czestochowa, Greenwood section, where he sang in the choir.

No matter where Gene traveled, to Yankee Stadium, to Super Bowls with his son, to traveling cross-country in a motorhome with his sons, daughter and grandchildren, his favorite opening line was "Where are you from?" He made hundreds of connections and friends with his gift for a good conversation. Anyone visiting his home in his later years was treated to his amazing gift of storytelling.

Once named "Sportsman of the Year" by WARM radio, Gene could be found wearing the jersey of his favorite college basketball teams. He never could decide between Syracuse and Duke. Sometimes he had to change his jersey mid-game. Gene played for the Dickson City Black Hawks as a teenager, and he loved coaching his sons and their friends on the Apple House team. His players still call him "Coach."

He was also preceded in death by a daughter, Jean Marie; a brother, John; and three triplet great-grandsons, John, Elijah and Andrew Hetro Washo, who passed shortly after birth.

Donations in the names of John, Elijah and Andrew Hetro Washo may be made to the NICU at Geisinger Health Foundation, 100 N. Academy Ave., MC 25-76, Danville, PA 17822.

Arrangements for burial are under the care of the Jennings-Calvey Funeral and Cremation Services, 111 Colburn Ave., Clarks Summit. A graveside service will be held at St. Mary's, Greenwood, at the convenience of the family. To leave an online condolence, visit the funeral home website.

We have established a SendHugs page for Gene's family. If are not able to attend the graveside for whatever reasons and would like to leave a video recorded condolence, please use the link here (https://www.sendhugs.com/record/bcTC5vFE0Hk/Eugene-C-Washo) and follow the instructions.

To order memorial trees or send flowers to the family in memory of Eugene Washo, please visit our flower store.