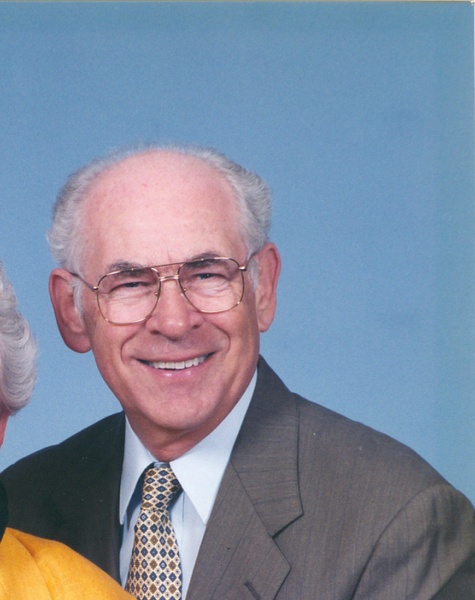 Eugene "Gene" J. Gallagher, 94, of Clarks Summit, died Monday at the home of his daughter and caregiver, Beth. His loving wife of 64 years was the former Lois Jean Kerrigan, who died June 29, 2014.

Born Sept. 28, 1926, in Scranton, he was the son of the late Cornelius and Anne (Medallis) Gallagher. Gene was a Clarks Summit resident since 1956 and a 1944 graduate of Scranton Central High School.

He honorably served in the United States Army Air Corps during WWII. Gene kept pilots safe as a crew chief at Kimpo Air Base in South Korea, working on the P-51 Mustang and P-38 Lightning warplanes.

After serving his country, he received his Bachelor of Science degree in business administration from the University of Scranton.

Gene began his lifelong career in the grocery business as a salesman for Nestle Foods. He later joined his father and mother in their business establishment in the Bull's Head section of Scranton. Gene operated Con Gallagher's Biggest Little Store in Town for many years until he had an opportunity to relocate to Dickson City Corners. He and Lois Jean operated the Dickson City A/G Market until he retired in 1988, at the age of 57.

Gene was a member of the American Legion for more than 70 years and an organizing member of Koch-Conley Post #121, Scranton. He authored a story "Lest We Forget: The Effect of World War II on a Small American Neighborhood," which reflected how 57 young men from only two blocks of Philo Street were eligible to serve in World War II.

Gene was very civic minded and always willing to help others. He was a faithful member of Our Lady of the Snows Parish, Clarks Summit. He was a visionary small business man who belonged to various professional grocery organizations, including the Pennsylvania Grocers Association, of which he was president, and he served as president of Affiliated Foods Distributors Inc., a collective of independent grocers.

As a hobby, Gene was an avid birder and was president of the Lackawanna Audubon Society for many years. Additionally, he served as a Red Cross blood drive volunteer many times. He organized and served as chair of the Clarks Summit Borough Recycling Committee, and was an active leader in the borough's 75th anniversary celebration. He received many honors, including the Michael King Armed Forces Veteran Award from the Quiet Man Society on St. Patrick's Day, 2009. Although he was an actor in high school, he became an honorary athlete as a faithful fan of the Abington Heights Comets football and basketball teams. He was a proud holder of autographed balls and hats from the football team and the State Champion boys' basketball team. In short, Gene was an active, lively man who had many friends in his hometown and adopted hometown. His family constantly ran into people who knew him, respected him and thought fondly of him, not only in his home area, but in nearly every place they traveled.

He was preceded in death by his son, David Gallagher; and his sisters, Rosemary Carpenter and Anne Marie Fowser.

A private funeral service will be celebrated at Our Lady of the Snows Church, Clarks Summit, by Monsignor Joseph G. Quinn, Pastor. Interment and military honors will be private at the convenience of the family in Abington Hills Cemetery. Viewing is private. A memorial service and celebration for family and friends will be held at a later date that will be announced.

To order memorial trees or send flowers to the family in memory of Eugene Gallagher, please visit our flower store.