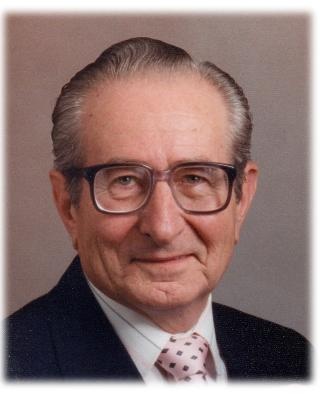 Born Oct. 30, 1922, in Throop, son of the late Joseph and Anna Humphrey Sheroda, he had been a resident of Clarks Green since 1952 and was formerly of Throop. He was a graduate of Throop High School and attended the University of Scranton. He was an Army veteran of World War II, having served from Feb. 4, 1943, to Feb. 11, 1946. He was the recipient of Presidential Unit Citation, Purple Heart and Oak Leaf Cluster, Bronze Star, Combat Infantry Badge, EAME Campaign Medal with four bronze stars, World War II Victory Medal, American Defense Medal and the Army Good Conduct Medal.

Edward had presented and shared with students at Misericordia University his experiences in the epic war. As a private first class, he served in the 350th Regiment Infantry, 88th Infantry Division, which chased the German troops through Italy and liberated Volterra and Rome. The council of Volterra honored the men who liberated the historic city from the Nazis on April 25, 1997. He was honored for his role in the battle. Mr. Sheroda was wounded shortly after he helped liberate Rome. He lost his left leg when he stepped on a land mine and spent 11 months in McGuire General Hospital, where he recovered.

He had a long career employed by the Internal Revenue Service, Scranton office, before retirement. He was a member of Church of St. Gregory, Clarks Green.

His family would sincerely like to express its special appreciation to Ed's doctor, Dr. Lori Williams, and the dedicated staff at Gino J. Merli Veterans Center for their kind compassionate care.

He was also preceded in death by two sisters, Olga Mizerak and Marian Miklus.

The funeral will be Saturday with Mass of Christian Burial at noon from the Church of St. Gregory, 330 N. Abington Road, Clarks Green, by the Rev. John M. Lapera. Interment with military honors, St. Catherine's Cemetery, Moscow.