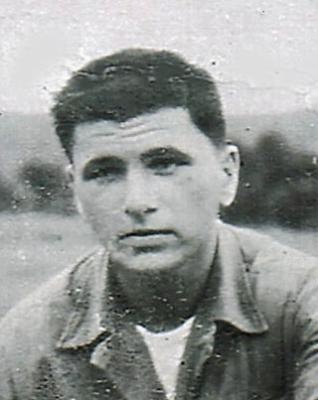 He was born at home Nov. 19, 1928, in Scranton and was delivered by the late Dr. Benjamin Cottone. He was the son of the late Frederick and and the late Margaret Reed Ross. He was a resident of Dalton for the past 11 years. He lived his childhood years in Scranton and attended St. Cecilia's Catholic School, later known as Bishop Hannan, and was a 1947 graduate of Scranton Technical High School. He was a Scranton area Boy Scout and received his Boys Scout uniform from Bishop Hafey. Eddie served as a lifeguard for the city of Scranton at the once hot spot, Nay Aug Park, in his late teens, until he was drafted by the Army. He was proud to have served his country as a gunner and tank commander in the 73rd Heavy Tank Battalion, where he then was promoted to the rank of Staff Sergeant during the Korean War. Before retirement, he worked as an electrical machinist for Tun-Sul Company in Newark, N.J., and then the Scranton Sewer Authority. A member of Our Lady of the Snows Church, Clarks Summit, Pa., he was a lifetime member of Abington Memorial VFW Post 7069.

Eddie was greatly loved by his only child, daughter, Betty Ann, and known to his grandchildren and great-grandchildren as "Poppy." He was an avid bowler.

He was also preceded in death by two brothers, Joseph and Eugene Ross.

His death brings great relief and pain. The family would like to express a loving thank you to the special staff at the Gino Merli Veterans Center, Scranton.

A Mass of Christian Burial will be Thursday at 10:30 a.m. from Our Lady of the Snows, 301 S. State St., Clarks Summit, Pa., to be celebrated by Monsignor James J. McGarry. Interment with full military honors at 1:30 p.m. in Fairview Memorial Park, Elmhurst.

The family will receive relatives and friends Wednesday from 5 to 8 p.m. at the Jennings-Calvey Funeral and Cremation Service Inc., 111 Colburn Ave., Clarks Summit, Pa., 18411. Members of the Abington Memorial VFW Post 7069 will conduct services at 7.