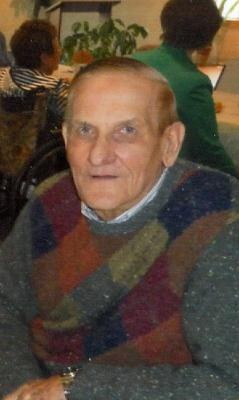 Edward Joseph Kozel, 77, Scott Twp., died Wednesday at home. He was the husband of Regina Lillian Hines. The couple would have celebrated their 50th wedding anniversary this November.Born July 16, 1937, in Scranton, son of the late Joseph and Helen (Slebodnik) Kozel, Edward was a graduate of St. Paul's Grade School and Throop High School. He went on to serve in the Navy during the Korean Conflict, and was honorably discharged. Before retirement, he owned and operated Kozel Truck and Equipment, and also was an equipment broker. He was a member of St. Ann's Parish, Scranton, the Big Band Society, the German Austrian Club and the Lackawanna German American Society.A very skilled mechanic, he had the ability to acquire equipment for resale, and also acted as a consultant to others. Known for his knowledge, Edward was always willing to provide help to others. Also surviving are a daughter, Jeanne Maria Kozel Suica and husband, Igor, Paris, France; a brother, Leonard Kozel, Fort Myers, Fla.; a sister, Helen Williams, North Reading, Mass.; a cousin, Frank Carpenetti; four grandchildren, Elaina and Braden Kozel, Lakewood, Ohio; and Alexander and Dylan Suica, Paris, France; and a daughter-in-law, Raven Centrone Kozel, Lakewood, Ohio.He was also preceded in death by a son, Michael John Kozel.A Mass of Christian Burial will be Monday at 10 a.m. at St. Ann's Basilica, 1250 St. Ann's St., Scranton, to be celebrated by the Rev. Joe Jones. Interment, Cathedral Cemetery. Memorial contributions may be made to St. Ann's Basilica, 1250 St. Ann's St., Scranton, PA 18504.Arrangements are entrusted to Jennings-Calvey Funeral and Cremation Services Inc., 111 Colburn Ave., Clarks Summit.