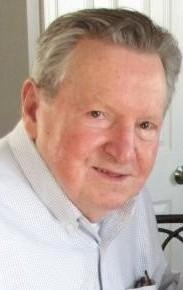 Ed was born Dec. 6, 1926, in Union City, N.J., and was the son of the late William G. Busch and Grace M. (Aldrich) Busch. He was raised along with his (predeceased) brother, William, in Palisades Park, N.J., where he served many years as a volunteer firefighter.

He was a graduate of Keystone Junior College and attended Lehigh University. Ed was a veteran of the Navy, serving as an electrician's mate aboard destroyers and destroyer escorts during both World War II and the Korean War.

He was employed as an electrical engineer by Weston (now Lockhead Martin) in Archbald. Ed was a member of Our Lady of the Snows Parish, Clarks Summit, and its Men's Club, having served as an officer.

Ed had the knowledge and skills to repair and fix just about anything and was always happy to lend a hand to help his neighbors and his children when needed. He enjoyed reading, movies, playing cards, especially pinochle and bridge, and was a fan of Penn State football.

Most recently, Ed was a resident of Green Ridge Village in Newville, moving from Clarks Summit in 2015. He enjoyed playing cards and spending time with his friends at Green Ridge.

A memorial Mass will be celebrated by Monsignor Joseph Quinn, pastor, on June 7 at 10 a.m. at Our Lady of the Snows Church, 301 S. State St., Clarks Summit.

Memorial contributions may be made to Our Lady of the Snows Memorial Fund, 301 S. State St., Clarks Summit, PA 18411.

Arrangements have been entrusted to the care of Jennings-Calvey Funeral and Cremation Service Inc., 111 Colburn Ave., Clarks Summit, PA 18411. For directions or to leave an online condolence, visit the funeral home website.

Our Lady of the Snows
301 South State Street
Clarks Summit, Pennsylvania, United States
18411
Get Directions
To order memorial trees or send flowers to the family in memory of Edward Busch, please visit our flower store.