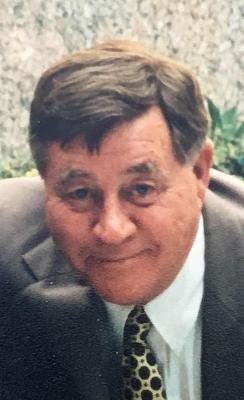 Douglas Edward Rowland, 84, quietly passed away on Tuesday at Geisinger Community Medical Center after a long battle with renal disease.

He was born in Scranton on Sept. 23, 1931, and was the son of the late Edward and Winifred (Edmunds) Rowland. He attended boarding and college preparatory schools at Girard College, Philadelphia, where he starred as an All-American goalkeeper on the soccer team.

Upon graduation he enlisted in the Coast Guard and proudly served his country in the Korean War. He was a graduate of University of Scranton, receiving his Bachelor of Science degree in business administration in 1959.

Douglas moved to Clarks Summit in 1972 and was formerly of Green Ridge. He began his career in the insurance business at USF&G Insurance, Scranton, and later began his own agency. He was later joined by his late son, Douglas E. Rowland Jr. His entrepreneurial skill-set afforded him the opportunity to be involved in many things, including but not limited to the insurance industry, a local ski area, a restaurant, and the former Dalton House.

He was a member of Our Lady of the Snows Parish, Clarks Summit, a former member of the Country Club of Scranton and the Scranton Club.

An avid golfer, he enjoyed sports and was often seen watching his children's sporting events. He was a vibrant enthusiastic individual; he had a kind, generous heart. He was a mentor to many young people and his home had an open door policy. He was willing to share kindness with others. He lived a fulfilling life and will be sadly missed.

The family will receive relatives and friends Friday, 9 to 11:30 a.m., at Jennings-Calvey Funeral and Cremation Services Inc., 111 Colburn Ave., Clarks Summit. A blessing service by Monsignor Joseph Quinn will be at noon. Interment will be private in Abington Hills Cemetery.

Charitable contributions may be made to Hospice of the Sacred Heart, 600 Baltimore Drive, Wilkes-Barre, PA 18702, www.hospicesacredheart.org.