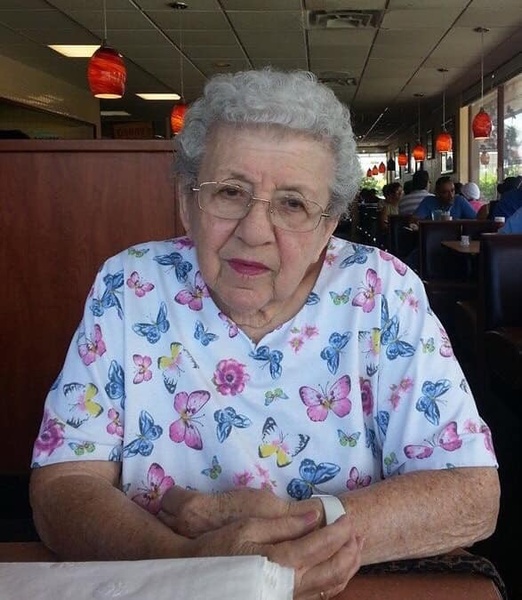 Dorothy (Fallara) Gennardo, 97, S. Abington Twp., died on Monday, in Allied Services Hospice Center.  She was the wife of the late John P. Gennardo.  The couple were married since June 24, 1945.

Born September 11, 1921 in Brooklyn, NY, Dorothy was the daughter of the late Anthony and Anna (La Russo) Fallara.

She originally lived in Ozone Park and Richmond Hill, NY when in later years she and her husband moved to West Palm Beach, FL where they spent 20 years together.  After the passing of her husband, John, she relocated to Pennsylvania to reside with her daughter, Mariann and husband, Neil.

Dorothy was an avid bingo player and loved going to the Abington Senior Center to play twice a week.  She prayed daily to our Lord and loved watching Hallmark movies and detective shows.

She was preceded in death by two sisters Marjorie Nappi and Julie Bertelle.

A funeral liturgy will be private to be celebrated by Rev. Babu Muttikkal of our Lady of the Snows R.C. Church.

In lieu of flowers, memorial contributions may be made to Saint Jude’s Hospital for Children’s  Research.

Jennings-Calvey is honored to serve the family of Dorothy Gennardo.

To order memorial trees or send flowers to the family in memory of Dorothy Gennardo, please visit our flower store.