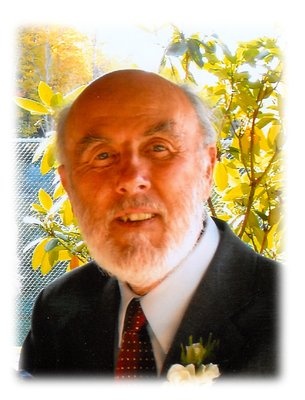 Donald Frank Noll, 82, of Scott Township passed away at Regional Hospital of Scranton on Tuesday afternoon February 13th after a courageous battle with multiple myeloma.

He was born on August 28, 1935, in Scranton, the son of the late Louise Roedel Noll and George Noll.  His wife of 30 years is the former  Dolores Petrini Dominick-Noll.

Don was a graduate of St. Mary's High School, South Scranton, and the University of Scranton.

He was formerly employed by Acker Drill Co., The Scranton Redevelopment Authority where he was Rehabilitation Director, The Welfare Planning Council of Lackawanna County,  N.E. Regional Office of Dept. of Welfare, and The Governor's Council on Drug and Alcohol Abuse. He was formerly Executive Director of Clearbrook Drug & Alcohol Rehabilitation Center in Luzerne County and served for a time as Zoning Officer in Scott Township.

Loving the greenhouse atmosphere since childhood, for the past 30 years Don was owner/manager of Findhorn Gardens in Scott Township, where he took pride in growing beautiful flowers and organic vegetables.

Always concerned with economic issues, he founded the Center for Creative Cooperation, a Pennsylvania non-profit organization and was an avid supporter of the common good, promoting various social and civic causes. He was a passionate advocate for a local food system which would provide affordable nutrition to low-income families in the area and was a key founding member of the newly formed  Lackawanna Food Policy council.  He was a board member of the local ACLU and the Greenhouse Project at Nay Aug Park and a member of the local Fellowship of Reconciliation.

At St. Mary's High School Don was a tenor in the church choir and the chorus of  "The Student Prince".  From there he went on to sing with The Catholic Choral Club, (studying voice with its  director, Norbert K. Betti), The Scranton Opera Company, Opera IV, Encore! Opera IV, Mostly Opera and La Voce, Scranton.  He was a lead tenor at Hickory Street Presbyterian Church for 25 years.

The family sincerely thanks Doctors Douglas Klamp, Martin Hyzinski, Roger Getts, Jerald Gilbert, Ira Kohn and the nursing staff on the 8th floor of Regional Hospital for their compassionate and diligent care during Don's final days.

A private memorial service and celebration of Don's life was  held at Montdale United Methodist Church, Scott Township.  Memorial contributions may be made in  Don's memory to The Greenhouse Project, 200 Arthur Ave, Scranton PA 18510.

Arrangements have been entrusted to the care of Jennings-Calvey Funeral and Cremation Service, Inc., 111 Colburn Avenue, Clarks Summit, PA 18411