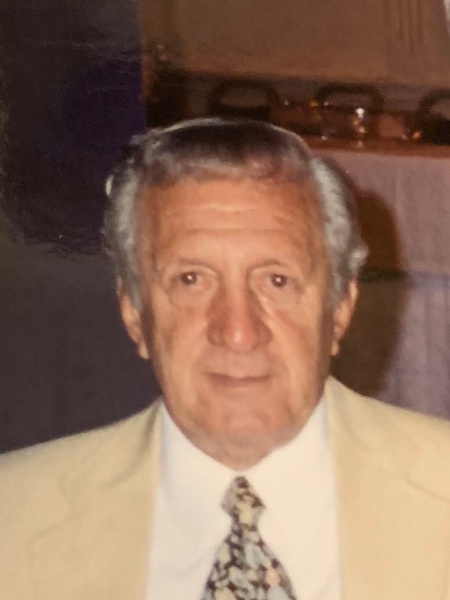 Donald T. Hall 83, Scranton, died Sunday, in Allied Skilled Nursing Facility.  He was the loving husband of the former Mary Margaret A. Gilbride Hall.  The couple celebrated their 54 wedding anniversary, May 15th.

Born April 24, 1936 in Dickson City, he was the son of the late Edward and Ethel (Lewis) Hall. He was a 1954 graduate of Dickson City High School. He honorable served in US Air force during the Korean Conflict and was honored with medals National Defense Service Medal and Good Conduct Medal.

He had served in Zama, Japan and as a Staff Sergeant with specialty Clearance  acting as Air Force Liaison between the Air Force and the Army Surgeon General`s Office.   Following serving his country he returned to the area and was a 1962 graduate of the University of Scranton, having received his Bachelor of Science in Business Management.

He began his career as a criminal Investigator for the US Treasury Agent, Alcohol, Tobacco, and Fire Arms.  Prior to retirement he was a quality Assurance in the Radiology Department for Wilkes-Barre General Hospital, technical representative for AGFA Film, having provided film to area radiology departments.  He previously was Director of the Radiology Department for the Kimble Medical Center, Lakewood, NJ.  He was a member of the Dickson City, Primitive United Methodist Church.

He was preceded in death by brother, Robert E. Hall.

To order memorial trees or send flowers to the family in memory of Donald Hall, please visit our flower store.