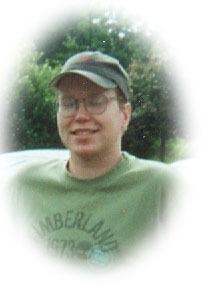 Born Nov. 8, 1978, in Philadelphia, he was the most beloved son of Rosemary Scanlon Fadden, Factoryville, and the late David Brian Vanderpool Sr., who died in 1981, also at the age of 33. He lived most of his life in Philadelphia, where he attended Holy Ghost Preparatory School. He also attended Lackawanna College, Scranton.

David enjoyed photography and was free-spirited. He leaves behind his cherished pet cats, Little Brother and Cecelia.

He was also preceded in death by his maternal grandparents, Charles and Rose McFadden Scanlon, who dearly loved their grandson, David.

Services will be private at the convenience of the family. Memorial contributions may be made to the Griffin Pond Animal Shelter, 967 Griffin Pond Road, Clarks Summit, PA 18411.

To order memorial trees or send flowers to the family in memory of David Vanderpool, please visit our flower store.