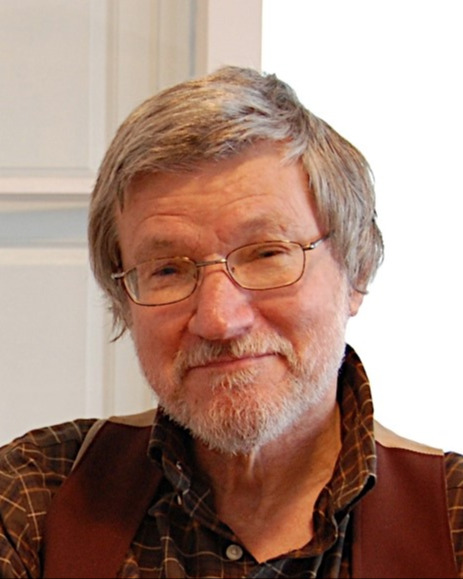 Born October 31, 1944, in White Plains, New York, David grew up in nearby New Rochelle, and was the son of K.O. and Nellie H. Friedrichs.  He graduated from New Rochelle High School and New York University, where he as an active player with their theater groups, and he received his graduate education at NYU.  He taught criminology, sociology, and criminal justice at CUNY-Staten Island and the University of Scranton over the course of fifty years.  He was the author or co-author, and the editor, of several books, and many journal articles, book chapters, essays and reviews.  His principal interests were white collar crime, crimes of states, and critical criminology.  He was a visiting professor or invited lecturer in Australia, South Africa, Sweden, Finland, Iceland, Germany, the Netherlands, England, Canada, Israel, India, Spain and Italy.  He was active with various professional associations over the course of many decades.  From early childhood on he was privileged to have visited some fifty different countries and all of the American states.  He was engaged for most of his life with progressive politics, beginning with the civil rights and anti-war movements of the 1960s.  He enjoyed collecting and reading books his whole life.  He took great pride in his children and grandchildren, and cherished times spent with them as well as with his large extended family, whose history was one of his avocational interests.  Friendships extending over more than forty, fifty or sixty years were much valued by him.

David is survived by his daughter Jessica (Matthew) of Pittsburgh; his son Bryan (Olga) of Anchorage; his grandchildren Indiana and Zarya of Pittsburgh; his former wife Jeanne, of Pittsburgh; his siblings Walter (Leona) of New Rochelle, NY/Boca Raton, FL; Liska Snyder (Dick) of Anchorage, AK; Christopher of Vancouver, BC; and Martin (Randye) of New Rochelle, NY; his vacation/travel companion Elizabeth Windle, of Oceanside, CA; also, in-laws Steve Windle, of New York City; and Pat Salt (Frank) of Damascus, PA; as well as by numerous nephews and nieces and their children.  He was predeceased by his parents, by his sisters-in-law Sarka Friedrichs and Rhoda Friedrichs, his brother-in-law John Windle, and by his grandson, Zenin, who was stillborn.

In accordance with David’s wishes, there will be no viewing or funeral; private memorial services will be held by his family. He and his family thank his caregivers in the final months of his life including Allied Services Hospice nurse Jonathan Budziak and social worker Dawn Jeziorski as well as his long-time doctor, Dr. Michael Kondash. To those who want to commemorate his memory, David proposed the following: “Take the time to do something you love, spend time with those important to you, explore things that interest you.”  He will be incredibly missed as there was no one quite like him and everyone that knew him was touched by his intellect, his curiosity and his kindness.

To order memorial trees or send flowers to the family in memory of David O. Friedrichs, please visit our flower store.