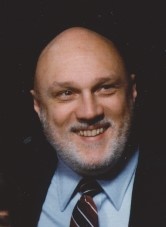 Daryl Dunn Woellmer, 80, of South Abington Twp., died on Sunday at home surrounded by his loving family. He was the husband of Marilyn (Mirtz Davis) Woellmer to whom he was married for almost 24 years and together for 34 years.

Born September 2, 1939 in Williamsport, he was the son of the late Charles and Ruth (Dunn) Woellmer. Daryl was raised Methodist and had a very strong faith in God. He honorably served his country in the United States Army as a Major in the Signal Corps.

Daryl graduated from South Williamsport High School and attended Rider College. He worked for over 30 years for Paper Magic and held the position of Vice President of MIS for his last 10 years there. He retired as a programmer and analyst for Bridon American. Daryl was a member of the American Legion Post 487, Clarks Green. He enjoyed golf (especially playing courses all over with Marilyn), bowling, tennis, and attending Broadway shows at the Masonic Temple.  His greatest enjoyment was spending time with his family and going to his grandson Marc’s football games.

Daryl was preceded in death by his brothers William and Richard Woellmer and brother in law Richard Mirtz.

A celebration of life will be private and at the convenience of the family. Memorial contributions may be made to Parents Loving Children Through Autism, 1243 Wyoming Ave, Scranton, PA 18509. To leave an online condolence, visit the funeral home website.

To order memorial trees or send flowers to the family in memory of Daryl Woellmer, please visit our flower store.