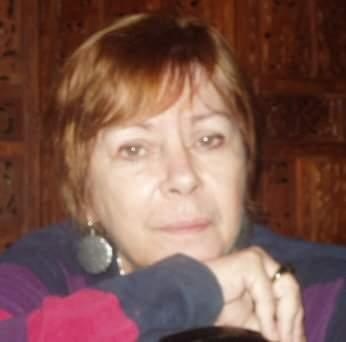 Carol A. Wallace, Ph.D., 67, of South Abington Twp., died Thursday upon arrival at Regional Hospital of Scranton. She was the wife of Roger D. Wallace, Ph.D. The couple celebrated their 33rd wedding anniversary July 7.

She was born Oct. 18, 1948, in Detroit, Mich., and was the daughter of the late Robert E. and Lucille Anastasia (Wilhelmi) Wilkie. She lived in South Abington Twp., and was formerly of Iowa City, Iowa. Dr. Wallace was a graduate of Our Lady of Mercy High School, Redford, Mich., and received her Bachelor of Arts degree in communication from Wayne State University, where she also earned her master's degree. She continued her studies at the University of Iowa, earning her doctorate in communication, with special interests in creative writing and advertising.

Before retirement, she was an associate professor in the Department of Communication at the University of Scranton, a position she held for 20 years, despite the fact that Roger Wallace provided the only negative vote at her preliminary interview. After retiring from teaching, Carol affiliated with the Garden Writers Association of America, establishing herself as a distinguished writer and managing editor. Her second career quickly became her first love, as demonstrated by her national prominence in the world of gardening. In all respects, Carol was the quintessential educator, willing to share her knowledge to advance others.

Carol, always an avid reader, also enjoyed a keen interest in classical and Broadway music, as well as theatre. She had been very active in the University Players and area theater groups. Her quick smile and witty sense of humor will be sadly missed.

A celebration of her life will be held Thursday at Jennings-Calvey Funeral and Cremation Services Inc., 111 Colburn Ave., Clarks Summit, with a blessing service at 7 p.m. by Father Richard G. Malloy, S.J., University of Scranton's chaplain. Interment will be private. The family will receive relatives and friends Thursday from 5 to 7 p.m.

Memorial contributions may be made to a charity of the donor's choice.

Get Directions
To order memorial trees or send flowers to the family in memory of Carol Ph.D, please visit our flower store.