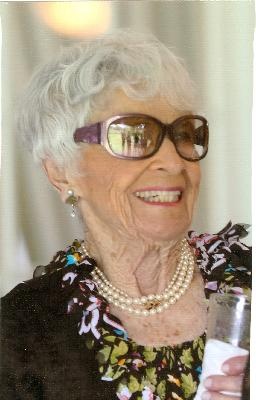 Barbara W. Horwitz, of Clarks Summit, died peacefully early Monday morning at home after a long illness. She was the widow of Arthur Horwitz, who died October 11, 2010. The couple had been married over 66 years.

Born in Chicago in 1924, she was raised in New York City by her father, William H. Weintraub, an advertising executive and Esquire Magazine's first publisher, and her stepmother, Anne. Barbara inherited her father's passion for the arts, endless curiosity about the world, and fierce intelligence. In 1944, she married Arthur Horwitz, and they came to Scranton in 1949 when he became President of Samters clothing store. After retiring, they moved to Sarasota, Florida, before returning to Pennsylvania in 2004 to be closer to family. Barbara cared deeply about social issues, education and her community; she was a dedicated volunteer on behalf of organizations including the Red Cross, United Jewish Appeal and Planned Parenthood. One of the founders of Glen Oak Country Club, she was a lifelong athlete often its women's golf champion.

Barbara was a true force, legendary for her strongly held opinions, warmth and generosity, energetic presence and loyalty. She was most passionate about her family, inspiring them and others around her.

The family wishes to thank Dr. Louis Adamo and the many wonderful caregivers. She adored and was adored by her daughters. "Bar" was dearly loved, and will be vividly remembered and greatly missed.

She was preceded in death by her brother, William Weintraub Jr.; and her beloved grandson, Andrew Luke Millett.

Memorial donations can be made to the Andrew Luke Millett Fund at the Children's Hospital of Philadelphia, 34 St. and Civic Center Boulevard, Philadelphia 19104; or the charity of your choice.