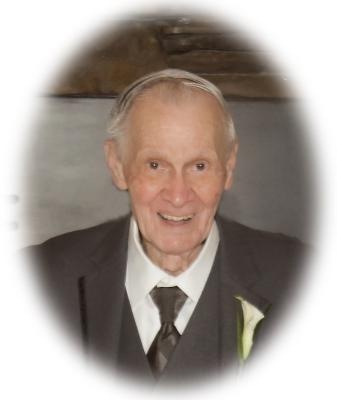 Arthur Parry, 85 years, Clarks Summit, died Thursday surrounded by his loving family in VNA Hospice Unit at Geisinger Community Medical Center. He was the husband of Irene Thorpe. The couple would have celebrated their 61st anniversary on May 29, 2015.

Born February 25, 1930 in Blakely, he was the son of the late Thomas and Nettie (Shaffer) Parry. A Clarks Summit resident most of his life, he attended Blakely High School. A dedicated, long-time employee for Scranton Wilbert Burial Vault Company, having served as foreman for 32 years, he formerly was associated with his family's restaurant, the Summit Dinner, Clarks Summit. He also served as a part-time police officer in Clarks Green.

Active in the community, Art was very proud to have been a 50-year 32nd degree Master Mason. He was a dedicated faithful member of Union Lodge 291, Free and Accepted Masons, Scranton, Keystone Consistory, Scranton; Irem Temple, Dallas; the Tall Cedars of Lebanon.

A person always willing to help others, he served as the youngest fire chief in 1951 of Blakely Hose Company No. 2, and was also a member of Clarks Summit Fire Company No. 1 Inc. and Chinchilla Hose Company, VFW Abington Memorial Post 7069 and the Tauras Club.

He was a member of Our Lady of the Snows Parish, Clarks Summit.

A gentle and kind person, he always had a smile for others. A dedicated family man, he was a devoted husband and father who idolized his grandchildren. An active figure at most sporting events in the Abingtons, he especially like going to football games; he was proud to have his own seat in the press box at "the Pit." He was an avid Penn State fan. He will be missed by his brothers at the "Garage Lodge," especially one of his best friends, Ed Harris. His smile will be sadly missed.

He was also preceded in death by two daughters, Charl R. Parry-Jenkins and an infant, Bonnie Lee; and a brother, Albert Parry.

The funeral will be under the direction of his grandson, Eric Parry, F.D., on Tuesday with Mass of Christian Burial at 10 a.m. at Our Lady of the Snows Church, 301 S. State St., Clarks Summit. Interment, Abington Hills Cemetery.

The family will receive relatives and friends Monday from 5 to 8 p.m. at the Jennings-Calvey Funeral and Cremation Service Inc., 111 Colburn Ave., Clarks Summit, PA 18411. Masonic service will be held by the Union Lodge 291, F & AM at 7:30 p.m.

Memorial contributions may be made to Hospice of the Sacred Heart, 600 Baltimore Drive, Wilkes Barre, PA 18702; or charity of the donor's choice. For more information, directions or to send an online condolence, please visit www.jenningscalvey.com.