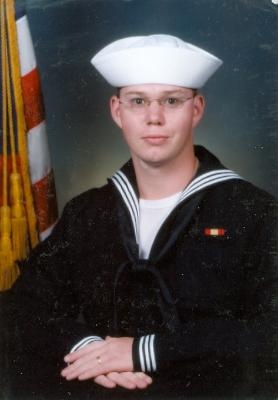 Andrew E. Shoemaker, 31, of Dunmore, formerly of Clarks Summit, died Sunday, March 24, 2013, at home. He was the husband of the former Elizabeth Callan.

Born Dec. 12, 1981, in Red Wing, Minn., he was the son of Catherine Uhrich Herbert and husband, Patrick, Mountaintop, and Anthony Shoemaker, Altoona, Wis. He was educated in schools in Baldwin, Wis., and Scranton. He honorably served his country in the Navy and later continued his studies in criminal justice.

A fun-loving person, he enjoyed martial arts, kung fu and playing pool. He was an avid reader. He was fond of music and was a drummer. Those who knew and loved him are faithfully comforted knowing he is at peace without any more struggles.

A memorial Mass will be celebrated Wednesday at 10 a.m. in Our Lady of the Snows Church, 301 S. State St., Clarks Summit, with military honors.

His family will receive relatives and friends Wednesday following Mass in the gathering room of the church. Memorial contributions may be made to the donor's choice for children's cancer research.

Arrangements are being made by Jennings-Calvey Funeral and Cremation Service Inc., 111 Colburn Ave., Clarks Summit.

Our Lady of the Snows Church
State Street
Clarks Summit, Pennsylvania, United States
18411
Get Directions
To order memorial trees or send flowers to the family in memory of Andrew Shoemaker, please visit our flower store.