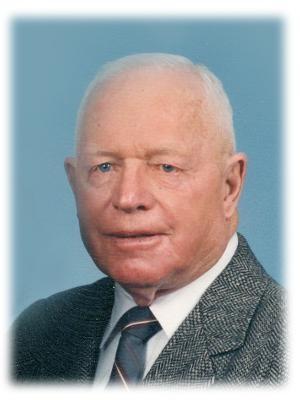 Andrew Kuzma, 89, of La Plume, died July 19, 2012 at Geisinger Community Medical Center. He was the husband of the former Matilda Pensak. The couple would have celebrated their 54th wedding anniversary on Sept. 20.

Born Aug. 8, 1922, in Windber, he was the son of the late Paul and Yustyna Yatchisin Kuzma. A La Plume resident since 1958, he formerly lived in West Scranton and was a 1940 graduate of Scranton Technical High School. He served in the Army and was honorably discharged as a captain. He received his bachelor's degree in electrical engineering from the University of Oklahoma and continued his education to earn his MBA from the University of Scranton. He had been a contract administrator employed by Weston Industries, Archbald.

A gentleman, he was a loving husband, father and grandfather. His kindness will be remembered by all who knew and loved him.

He was known as Judgee to his grandchildren, and often referred to himself as "stoddy jid," or old man. He enjoyed giving a daily wildlife report, including deer, turkey, the occasional bear and those darn squirrels.

He was also preceded in death by six brothers, John, Nick, Paul, Steve, Joseph and Michael; and two sisters, Mary and infant Frances.

The funeral will be Saturday with a Mass of Christian Burial at 10 a.m. from Our Lady of the Snows Church, 301 S. State St., Clarks Summit, to be celebrated by Monsignor James J. McGarry, pastor. Entombment, Cathedral Cemetery, Scranton.

The family will receive relatives and friends Friday from 5 to 7 p.m. at the Jennings-Calvey Funeral and Cremation Services Inc., 111 Colburn Ave., Clarks Summit. Memorial contributions may be made to Our Lady of the Snows Parish, 301 S. State St., Clarks Summit, PA 18411.