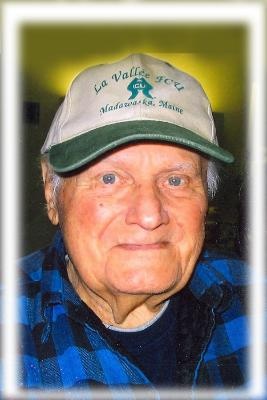 Andrew Kachmarik, 93, of Taylor, died Thursday, April 12, 2012 at the Gino J. Merli Veterans Center . He was the husband of the late Margaret Gnall. The couple had been married more than 60 years.

Born Aug. 30, 1918, in Lorain , Ohio , he was the son of the late John and Mary Dorunda Kachmarik. A longtime resident of Taylor , he was educated in Taylor schools and was a 1938 graduate of Taylor High School . He honorably served his country during World War II in the Army Air Corps as a sergeant. Before retirement, he was employed by Chamberlin Manufacturing Corp., where he was a quality- control inspector, and the Remington Arms Plant, Connecticut .

He was a member of St. George's Russian Orthodox Church, Taylor. A true outdoorsman, he was an avid hunter and fisherman. He enjoyed gardening and spending time with his dog. He especially enjoyed picking papinky mushrooms and making homemade kielbasa for his family.

The family wishes to extend its sincere gratitude to Dr. Michael G. Gilhooley and the staff at Gino J. Merli Veterans Center .

He was also preceded in death by two sisters, Mary and Helen; and a brother, John.

Funeral services will be private at the convenience of the family. Internment will be in St. George's Russian Orthodox Cemetery , Taylor .