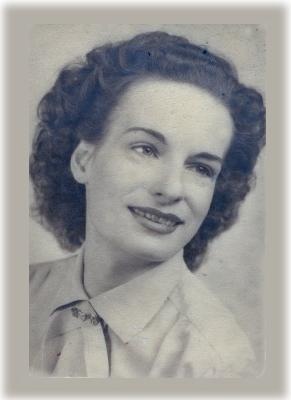 Born Oct. 23, 1924, in Scranton , she was the daughter of the late Josiah and Margaret Cunningham Breward. She lived in Wallingford , Conn. , for almost 58 years and moved back to the Scranton area in 2000. She was educated in Scranton schools and formerly was employed by Revere Manufacturing, Meriden , Conn. She was a member of St. John the Evangelist Episcopal Church while living in Wallingford .

She was also preceded in death by a son, James Dunlop, on March 23, 2011; two sisters, Margaret Mary and Lillian Breward; two nephews, Joseph Paul and Dana Zacker; and a niece, Lisa Thomas.

The funeral will be Saturday at 11 a.m. with graveside services by the Rev. Peter D. Quinn, priest in charge of St. John the Evangelist Episcopal Church, Wallingford , Conn. Services and internment will be at Walnut Grove Cemetery , 817 Old Colony Road , Meriden .

Memorial contributions may be made to Hospice of the Sacred Heart, 600 Baltimore Drive , Wilkes-Barre , PA 18702 or St. John the Evangelist Episcopal Church 360 Church Street, Wallingford , CT 06492