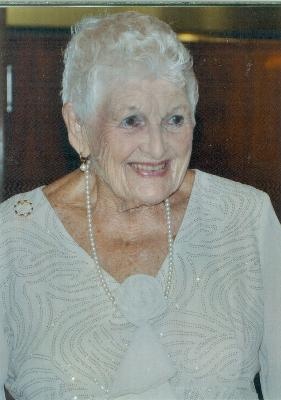 Alice Gerrity Micone, Green Ridge section of Scranton, died on Friday, July 4, at the VNA Hospice at Geisinger Community Medical Center surrounded by her loving family after a short, but courageous, battle with lung cancer. Alice was born on Aug. 13, 1922, to the late William A. and Margaret Brown Gerrity. Alice resided in Summit, N.J., for more than 40 years before returning to the Scranton area to be close to her family in 1990.Alice was born and raised in North Scranton and was a 1940 graduate of Holy Rosary High School. She received her bachelor's degree from Marywood University in home economics, where she recently established the Alice Gerrity Micone '44 Annual Scholarship. She received her master's degree from Columbia University Teachers College and pursued additional course work at NYU and Rutgers.She began her teaching career in New Jersey in 1944, where her dedication to her craft and her students touched many lives. She served on the faculty of Lambertville High School and was an Associate Professor of Home Economics at the College of St. Elizabeth. The majority of her teaching career was spent at Union High School, where she served as director of the Home Economics Department.In 1955, Alice married Richard A. Micone, who taught her to play golf, a passion she continued into her 90s. They enjoyed many wonderful years together, and Alice was devoted to him until his death in 1985.Alice led a vibrant, active life immersing herself in her community in both Summit and Scranton. She participated in a wide range of activities and pursued them all with her trademark enthusiasm and vigor. In Summit, she was a member of St. Teresa of Avila Church, where she served on the parish council, was past president of the Altar and Rosary Society, and sang in the choir. She was past president of the Northern New Jersey Chapter Marywood Alumnae Association and of the Warrenbrook Country Club Women's Golf Association. She was a member of the Chatham and Short Hills Community Players and volunteered at Overlook Hospital and St. John's and St. Jude's Soup Kitchen. In Scranton, Alice was an active member of the Geisinger Community Medical Center Auxiliary and volunteered at the St. Francis of Assisi Kitchen. Along with her family, Alice was instrumental in the success of the annual bazaar to benefit the Little Sisters of the Poor, serving as food chairwoman each year the event was held. She worked tirelessly for the Deutsch Institute and was extremely proud that her efforts to have the annual Cards for Charity event benefit the Deutsch will be fulfilled this summer. She served on the board of the Northeast Philharmonic and was an active member of the Century Club, MAC Club, Red Hat Society, Green Ridge Library Book Club and the Elmhurst Country Club Women's Association. Alice loved to travel, play pinochle and attend concerts.Alice was a member of the YMCA, where until just recently was swimming her daily laps. She was extremely proud to be on the board of directors at Stirna's and loved her Saturday night dinner friends. Alice enjoyed her winters in Waianae, Hawaii, where she treasured the time spent with her sister and best friend, Florence. Most of all, Alice loved supporting her family in all their endeavors, and it brought her great joy to share in their lives. She was not just Aunt Alice to her family but to all who knew her.She was a member of St. Paul's Church in Scranton, where she was a daily communicant and a volunteer at the annual picnic.The family would like to express its gratitude to Dr. Mary Ann McDonald for the compassionate care she provided and to the staff of VNA Hospice for their love and exceptional care of Alice in her final days.She is survived by her brother, local community leader and educator, William J. Gerrity, Scranton, and his daughters, Roseanne Gerrity, Ithaca, N.Y.; and Marylou Grogan and her spouse, Michael, Scranton; and her beloved great-nieces, Kelcey, Erin and Molly Grogan; her sister, Florence A. Ward, Waianae, Hawaii, and her children, Alice Lyles, Mary Beth Ward, Barbara Ward, Joseph Ward, all of California; and Robert Ward, Hawaii; and several other nieces and nephews.She was preceded in death by her nieces, Peggy Ann and Joan Ward; and her nephew, John Ward. The funeral will be Tuesday with Mass at 9:30 a.m. at St. Paul's Church, 1510 Penn Ave., Scranton, PA 18509, to be celebrated by Monsignor William J. Feldcamp. Interment, Cathedral Cemetery.The family will receive relatives and friends Monday, 4-7 p.m., at the Edward Knight O'Donnell Funeral Home, 323 William St., Scranton. Donations in Alice's memory may be made to Little Sisters of the Poor, 2500 Adams Ave., Scranton, PA 18509; Deutsch Institute, 835 Jefferson Avenue, Scranton, PA 18510; or VNA Hospice, 301 Delaware Ave., Olyphant, PA 18447. - See more at: http://www.legacy.com/obituaries/thetimes-tribune/obituary.aspx?n=alice-gerrity-micone&pid=171626440&fhid=7910#sthash.grgB5Y4R.dpuf