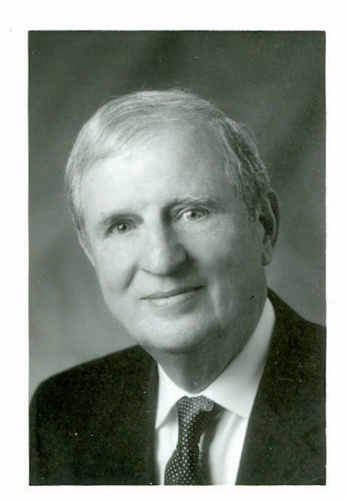 Albert Anthony Ondush, 92, a professional artist and art educator, of Clarks Summit, died Sunday at Regional Hospital of Scranton. Mr. Ondush was one of 13 children whose interest in art began when he was just 4 years old. He and his loving wife, the former Joan Coccodrilli, would have celebrated their 53rd wedding anniversary on Aug. 13.

Born Feb. 3, 1927, in Hokendauqua, he was the son of the late John and Elizabeth (Piscannon) Ondush. He was a 1953 graduate of Hokendauqua Whitehall High School and honorably served in the United States Army during the Korean War . He received his Bachelor of Arts degree from Kutztown University and went on to study further with many internationally acclaimed artists who provided a solid foundation for his outstanding work in both watercolor and oil. Mr. Ondush studied extensively with Xavier Gonzalez at the Art Students League in New York, with John Pike in Woodstock, N.Y., and with Everett Raymond Kinstler, who painted the official portraits of five U.S. presidents, Michael Del Priore, renowned portrait artist, and also with watercolor artist, Timothy J. Clark. Also he studied at the Prosopon School of Iconology.

Mr. Ondush had shared details about his numerous painting holidays to New England and Canada with fellow professionals. He spoke how wonderful it was to paint on location with other artists there to inspire his work and credits them with "showing him the light."

Mr. Ondush was an art instructor in the Abington Heights School District for more than 40 years; adjunct faculty at the University of Scranton, Marywood University and Penn State's Worthington Scranton campus. His reputation as a master artist and teacher was demonstrated when he explained the process of icon-writing on wood using egg tempera and fragile gold leaf. In his spiritual search for a more profound experience in the discipline of mind, heart and hand, Mr. Ondush studied at Prosopon School of Iconology, Whitney Point, N.Y., with master iconographer Vladislav Andrejev. He also studied at the Portrait Institute of New York, Truro Center for the Arts, Cape Cod, Mass., and the Baum Art School, Allentown.

Mr. Ondush was known and admired for his years of generosity to many charitable events. He maintained a studio in Northeast Pa. since 1960 and taught private lessons and painted commissioned works of art. He was able to communicate his artistic spirit by interpreting what he saw around him and shared it with many. Often while having a coffee in a local diner, he would sketch his server on a placemat. An advocate of "Plein Air" painting and working from life: landscapes, florals and still life. He strived to bring the beauty of nature for the viewer to enjoy and reflect. His objective as an artist was not merely to record, it was a reflection of his living in the spirit of God. He will be sadly missed.

He was a member of Our Lady of the Snows Parish, where his artwork is displayed in its gathering room, the Albert Ondush Gallery. A faithful man, he volunteered during the parish annual country bazaars, as he would draw caricatures of individuals. He was also a member of the Portrait Society of America, the American Impressionalists Society and the Artists Fellowship Inc. He was honored by the Abington Rotary Club having been awarded the Four-Way Test in 2009. He received the William L. Connell Jr. Award, the Frank T. Dolbear Memorial Fellowship. He taught at area senior centers.

He was also preceded in death by three sisters, Elizabeth, Mary and Ann; and five brothers, John, Joseph, Michael, Andrew and James Ondush, and an infant brother.

The family will receive relatives and friends Wednesday from 5 to 8 p.m. at the Jennings-Calvey Funeral and Cremation Service Inc., 111 Colburn Ave., Clarks Summit, PA 18411.

Memorial contributions may be made to Our Lady of the Snows Parish, 301 S. State St., Clarks Summit, PA 18411.

To order memorial trees or send flowers to the family in memory of Albert Ondush, please visit our flower store.