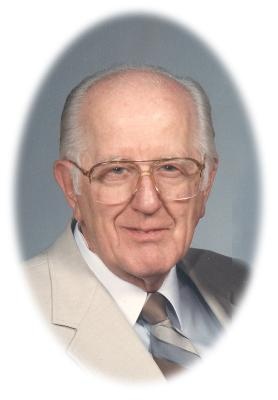 Born Feb. 12, 1917, in Scranton, son of the late William and Lena Miller Llewellyn, William was educated in Scranton schools and went on to honorably serve his country in the Army. He was self-employed as a printing broker, owning and operating Llewellyn Printing, Chinchilla.

Active in the community, he was a member of Chinchilla United Methodist Church and had served as an auditor for South Abington Twp. He had been a member of professional print organization.

He was also preceded in death by two daughters, Karen Cotillis and Barbara Llewellyn; four brothers, Arthur, Thomas, George and David Llewellyn; and three sisters, Thelma Watkins, Marian Solvedt and Margaret Wilson.Services will be private at the convenience of the family with interment in Shady Lane Cemetery, South Abington Twp.

Private interment at the convenience of the family

Get Directions
To order memorial trees or send flowers to the family in memory of William Llewellyn, please visit our flower store.
Send a Sympathy Card