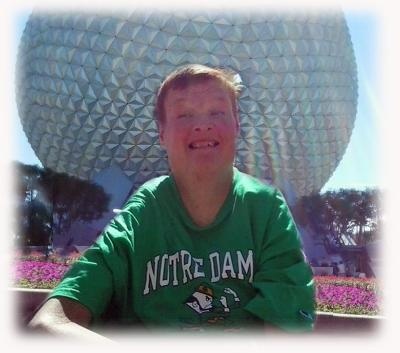 Scott Robert Jordan, 39, Clarks Summit, died Monday upon arrival at Geisinger Community Medical Center. Born Aug. 6, 1975, in Scranton, son of David and Carol (Wojciechowski) Jordan, he was a resident of Clarks Summit and previously lived in Broomfield, Colo., and Deltona, Fla. He attended the Day Program at St. Joseph's Center, Dunmore, where he was known as the "Mayor."Scott shared much happiness with others, even with his life's challenges. He especially liked when his family was around him and sharing good times. He accompanied his family on many trips, was an avid traveler and enjoyed swimming. A Disney World enthusiast, he was a dedicated fan, having visited many times. A fan of country music, he would listen to it during his many trips. He enjoyed car rides up and down hills, especially in South Scranton. His special sense of humor and keen ability to tease others in a fun manner along with his beautiful facial expressions will be sadly missed by all who knew and loved him. He was very friendly and outgoing, and loved to shake hands with everyone. In addition to his devoted and loving parents, he is survived by three brothers, Sean Jordan and wife, Claire; Mark Jordan and wife, Tonya, all of Chesterfield, Va.; and David Jordan Jr. and wife, Denise, Appleton, Wis.; a sister-in-law, Bridget O'Boyle Jordan, Portland, Ore.: nephews, Ryan, Conor and Alex; nieces, Katie and Brayden Jordan; aunts and uncles, Rosemary and George Ketchur, Mount Wolf; Katie and Carl Ruoff, Williston Park, Long Island, N.Y.; and Maryellen Wojciechowski, Dunmore; and cousins. The funeral will be Thursday from the Chapel at St. Joseph's Center, 2010 Adams Ave., Scranton, with Mass of Christian Burial at 10 a.m. to be celebrated by Monsignor James J. McGarry. Interment, St. Catherine's Cemetery, Moscow. Memorial contributions may be made to St. Joseph's Center, 2010 Adams Ave., Scranton, PA 18509.