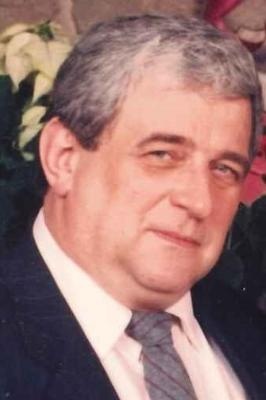 Born August 20, 1937 in Chicago, Illinois Raymond was the son of the late Raymond John and the late Catherine (Matrasko) Grochocki. He graduated from Wells High School in Chicago where he starred in basketball, winning the coveted City Player of the Year Award in 1954.

Raymond managed real estate operations for Boise Cascade, CCM, and The Rank Group. Most recently he worked as an account executive for National Translink Corporation. Raymond was a parishioner of Our Lady of the Snows Church. He was known among family, friends and business colleagues as Ray "G". Ray was an avid sports fan routing on his Bulls, Bears, Yankees, Cubs and his son Mark's Saint Joe's Hawks.

The funeral will be from Our Lady of the Snows, 301 South State Street, Clarks Summit, with Mass of Christian Burial at 9:30 am to be celebrated by Msgr. Joseph G. Quinn. Interment Abington Hills Cemetery, South Abington Twp. For directions, or to leave an online condolence, visit the funeral home website.