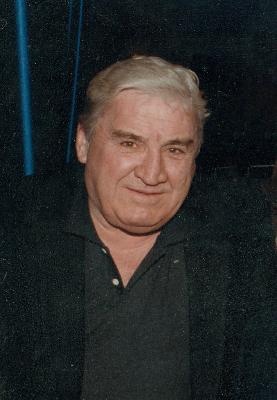 Born July 27, 1933, in Scranton, son of the late Joseph and Louise Augusiewicz Sensi, he was a graduate of Scranton Technical High School and Keystone Junior College. He served in the Armed Forces during the Korean War. A past member of Glen Oak Country Club, he won most-improved golfer during his time on the links.

An avid fly-fisherman, his preferred office space was fishing on the Lackawaxen or Pulaski rivers. "Big Pete" forged successful careers in varied specialties and was especially proud of his privately held international, Sensi Chemical Co. Peter's passion for boxing resulted in him becoming a well-known promoter in the local boxing arena, starting the Ringside Boxing Club. He was best known for representing several renowned local boxers, including Jerry Tomasetti and Bobby "Punchy" Phillips and Walter Opshinsky. Later in life, he recreated himself yet again in real estate. Referred to as "Pocono Pete," he was called "the best Dirt Salesman" in the Poconos.

"Poppy" to his grandson and namesake, Peter Hall, he was a wonderful, funny, sometimes ornery yet always loving father, grandfather and friend. A man of great opinion and advice, solicited or unsolicited, he was loved and respected and now he is missed.

Mass of Christian Burial will be at Our Lady of the Snows Church, Clarks Summit, on Tuesday at 1 p.m. Interment will be at the convenience of the family. A celebration of Peter's life/reception to follow at the home of his daughter Alison, 12 Pine Tree Drive, Dalton.

To order memorial trees or send flowers to the family in memory of Peter Sensi, please visit our flower store.
Send a Sympathy Card