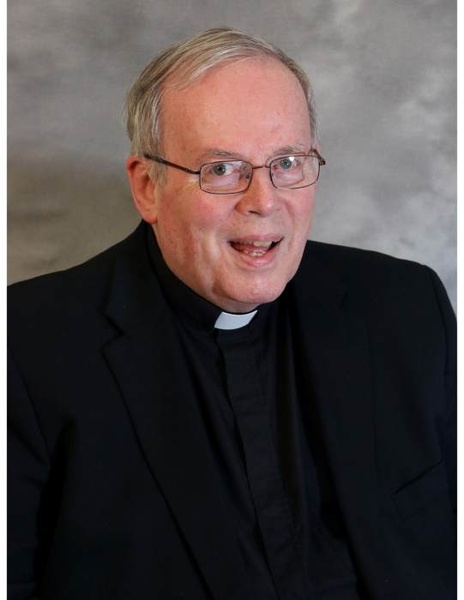 Monsignor James J. McGarry, pastor emeritus of Our Lady of the Snows, Clarks Summit, died on the 15th day of February, 2019, at Holy Family Residence, Scranton.

Monsignor McGarry, the son of the late William Vincent and Mary Patricia (Burke) McGarry, was born in Pittston, on June 16, 1944. He received his early education at St. Mary Assumption Elementary and St. John the Evangelist High School in Pittston.  Monsignor entered the seminary at St. Charles College, Catonsville, Md. He completed his studies for the priesthood at St. Pius X Seminary, Dalton, Pa., and was ordained to the priesthood on May 9, 1970, by the Most Rev. J. Carroll McCormick, D.D., late Bishop of Scranton.

Monsignor McGarry was named a prelate of honor by Pope St. John Paul II on March 14, 1998, and given the title Monsignor.

In addition to his parochial duties, Monsignor served as director of Campus Ministry at Williamsport Community College, the Advisory Board of the Diocesan Office for Continuing Education of Priests 1993-1996, and the Diocesan Presbyteral Council.

The qualities and gifts that Monsignor brought to priestly ministry were always at the service of the parishes that he served. Always mindful that his pastoral activity was modeled in the vision of the Second Vatican Council that challenged the Church to evangelize and proclaim the Gospel of Jesus Christ, Monsignor enfleshed that vision daily with love, enthusiasm and compassion.

As associate pastor at Annunciation Parish in Williamsport and as pastor of Nativity of Our Lord in Scranton and Our Lady of the Snows in Clarks Summit, Monsignor believed that the realization of the Church was in the parish, where he inspired and directed collaboration between parish staff and parishioners. It was from this collaboration that numerous apostolates and ministries  allowed people to participate actively and fully in the life of the Church. He also held a deep conviction that Catholic education was not only an essential dimension of the life of the parishes that he served, but was also an essential aspect of the life and mission of the Church. Monsignor worked tirelessly to ensure that the mission of Nativity of Our Lord School in Scranton and Our Lady of Peace School in Clarks Summit were deeply connected to parish life and were a welcoming and transformative presence for his parishioners.

Monsignor is survived by his sister, Mrs. Eileen Loftus; and brother, William R. McGarry and wife, Carol, of Forty Fort, Pa.; and John Divine, brother-in-law, of West Pittston; and several nieces and nephews; and grandnieces and nephews.

He was also preceded in death by his sister, Catherine Devine; and brother-in-law, William Loftus.

A Pontifical Mass of Christian Burial will be celebrated by the the Most Rev. Joseph C. Bambera, D.D., J.C.L., Bishop of Scranton, Tuesday at 11:30 a.m. at Our Lady of the Snows Church, Clarks Summit, 301 S. State St., Clarks Summit. Interment will be in St. John the Evangelist Parish Cemetery, Pittston.

To order memorial trees or send flowers to the family in memory of Msgr. James McGarry, please visit our flower store.
Send a Sympathy Card