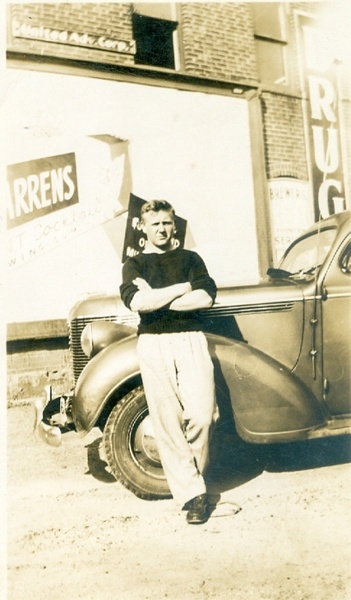 Joseph Walter Zacker, 92, of Scranton, died Wednesday, January 6, in Geisinger Community Medical Center.  He was the husband of the late Louise A. (Breward) Zacker who passed away in 2018.  The couple was married for over 60 years.

Born October 19, 1928 in Branford, Connecticut, he was the son of the late Joseph and Irene (Magnuski) Zacker. Joseph served his country in the Army during WWII and went on to work for Tobyhanna Army Depot.

Joseph loved life, enjoyed going for rides, dining out, visiting parks and most of all, spending time with family.

In addition to his loving wife Louise, he was preceded in death by sons, Joseph, Dana, and Peter Zacker, daughter, Lisa Marie Thompson, and a sister, Irene Magnowski.

Joseph’s service will be private with a graveside service to be celebrated by Rev. Eric L. Bergman in Primitive Methodist Cemetery, Dickson City

To order memorial trees or send flowers to the family in memory of Joseph Zacker, please visit our flower store.
Send a Sympathy Card