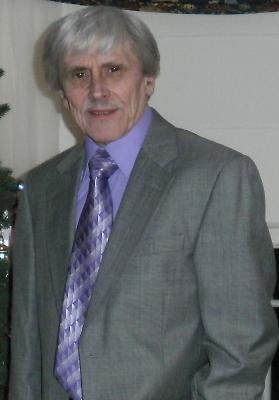 John "Jack Winslow" Wasilisin, of Falls, died Sunday evening at VNA Hospice Unit in Geisinger Community Medical Center. His wife of 41 years is the former Benita "Bonnie" Botscheller.Born in Blakely, son of the late Andrew and Margaret Wasilisin, Jack was a graduate of Tunkhannock Area High School, the University of Scranton and Temple University. He proudly served his country in the Army, and had been stationed in Panama. He worked as director of news and community affairs at 104 WWDL-FM in Scranton, where he hosted the popular radio show, "Meet the Newsmakers," and interviewed notable public figures and celebrities. His listeners remember him as radio personality Jack Winslow. He was a member of St. Mary's of the Lake, Lake Winola.Jack will be remembered for his wit, wisdom and caring personality. His family would like to thank the nurses and staff of VNA Hospice of Lackawanna County and the VNA Hospice nurses of Scranton for their care and support.Also surviving are a daughter, Jennifer Wasilisin Burns and husband, Bob, Abington; sister-in-law, Janice White; brothers-in-law, Joseph and David Botscheller; and several nieces and nephews. He was also preceded in death by his brother, Andrew and his wife, Lucy; and a sister-in-law, Patricia Buranich.A celebration of Jack's life will be held at a later date to be decided by the family. Memorial contributions may be made to VNA Hospice of Lackawanna County, 301 Delaware St., Olyphant, PA 18447.Arrangements are entrusted in the Jennings-Calvey Funeral and Cremation Services Inc., 111 Colburn Ave., Clarks Summit.

To order memorial trees or send flowers to the family in memory of John Wasilisin, please visit our flower store.
Send a Sympathy Card