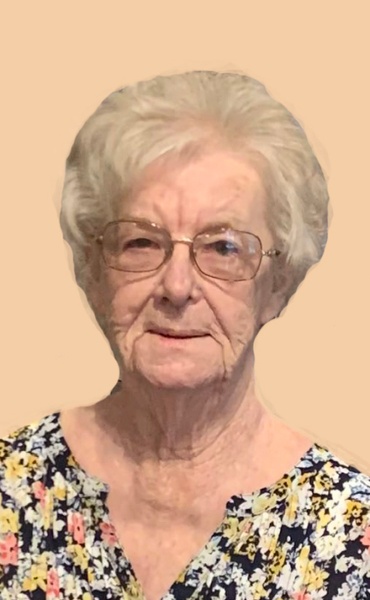 Joan M. (Coffey) Rosman, 86, of Clarks Summit, died Sunday in Hospice of the Sacred Heart Inpatient Facility surrounded by her loving family.  She was the wife of the late Irwin Rosman.

Born August 12, 1935 in New York, she was the daughter of the late Patrick and May (Kelly) Coffey. Joan was raised in the Bronx and educated in the Catholic school system.  She honorably served her country in the United States Navy Reserves.

She began her career in finance with Time Warner and served as Vice-President for HBO until her retirement.

Joan was extremely proud of her Irish heritage and was the matriarch of the Kelly family.  She was quite the character and the life of the party at the annual Kelly family reunions.  She had a quick wit and dry sense of humor that endeared her to many.

She enjoyed playing bingo and trips to the casino.  She never met a basket raffle she didn’t like.  When she first moved to Clarks Summit, she volunteered at Our Lady of Snows Church, helping them start their church bazaar.  She also volunteered for many years at St Gabriel’s Monastery.

In addition to her beloved husband, she was preceded in death by her brother-in-law, John Nealy, sister-in-law, Elaine Bender and nephew, William Nealy.

The funeral will be on Friday at 10 AM at Our Lady of the Snows Parish, 301 S, State Street, Clarks Summit, with a Mass of Christian Burial to be celebrated by Msgr. Michael J. Delaney, pastor. Interment to follow at George Washington Memorial Park, Paramus, NJ. The family will receive relatives and friends on Thursday from 5-7 at Jennings-Calvey Funeral and Cremation Service, Inc., 111 Colburn Avenue, Clarks Summit.

To order memorial trees or send flowers to the family in memory of Joan Rosman, please visit our flower store.
Send a Sympathy Card