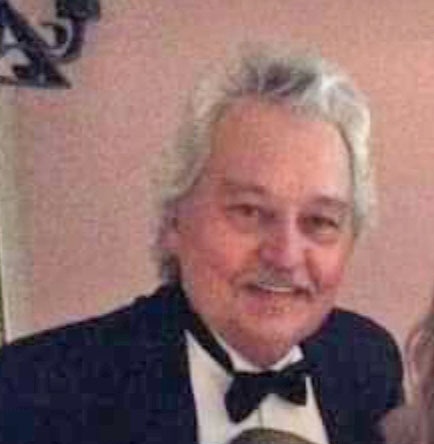 Ihor Shablovsky, 69, Scranton, died Sunday morning at Geisinger Community Medical Center after a valiant battle with multiple myeloma. He was a loving husband to the former Christina Salak for 25 years and a wonderful and adored father to his three daughters, Elizabeth, Maria and Adriana.

Born April 2, 1951 in Yasyny, Ukraine, he was the son of the late Stanislav and Maria Ciokalo Shablovsky.

He was a resident of Scranton, PA and Glen Spey, NY.

In 1971, he graduated from Lysenko National Music Academy for gifted children in Kyiv, Ukraine. In 1976, he graduated from the Peter I. Tchaikovsky Kyiv State Conservatory with a master’s degree in four categories: as a concert violinist, a soloist of chamber orchestra, a soloist of symphony orchestra and a violin and viola teacher. Since 1972, Ihor has performed as a concert violinist and electric guitarist with many groups and performers throughout Ukraine, the United States, Canada, as well as many different countries. His electric guitar talent was compared to Gary Moore, Carlos Santana, George Harrison and Eric Clapton. His name appeared in the music encyclopedia for the best guitarist in Ukraine.

In Kyiv, Ukraine, Ihor has performed as 1st violinist at the Ukrainian National Radio and Television Symphony Orchestra, the Shevchenko State Opera and Ballet Theater and the Tchaikovsky Kyiv State Conservatory Chamber Orchestra.

While living in Ukraine, Ihor made electric guitars by hand. This inspired him to learn violin making and in September of 1995, Ihor started studying violin making with master violin maker Walter Kozowsky in Philadelphia. After several years being his apprentice, Ihor became a luthier. Ihor taught violin, viola and guitar in the tri-state area. He was a member of the ensemble Hrono from Ukraine, who were invited to perform in US and Canada in 1991, and this is when he decided to make America his home. He has been a member of the Fata Morgana Band for 30 years as a violinist, guitarist and vocals. In addition he also composed, played the piano, the accordion, as well as being a talented sketch artist. Despite being extremely talented, Ihor always remained humble.

His music was enjoyed by thousands of people and will live on in the many recordings with different musical groups. He truly had golden hands. He will be sorely missed and truly loved by many of his friends, fans and family.

Also surviving are his sister: Ira Laryonova in Ukraine; a niece, Anya and nephews Volodya and Serhij and their families, a sister in law, Laryssa Salak, of Glen Spey, NY and many cousins, nephews, nieces, aunts, uncles and goddaughters. Also, he will be sorely missed by his “American mother” Regina Kozel, of Scott Township, PA.

The family will receive relatives and friends Friday from 4pm to 7 pm, with a Panahyda prayer at 6pm with Reverends Myron Myronyuk and Orest Poukhalskii officiating at the Jennings-Calvey Funeral and Cremation Service, Inc., 111 Colburn Avenue, Clarks Summit, PA 18411.

The funeral will be on Saturday with a Divine Liturgy to be celebrated at 11 a.m. by Very Reverend Yaroslav Kostyk, at St. Volodymyr Ukrainian Catholic Church, 406 High Road  Glen Spey, NY 12737.  Interment will be at the Glen Spey Cemetery.

Memorial Contributions may be made to the Adriana Shablovsky Educational Fund, 838 Harrison Ave. Scranton, PA 18510.

To order memorial trees or send flowers to the family in memory of Ihor Shablovsky, please visit our flower store.
Send a Sympathy Card