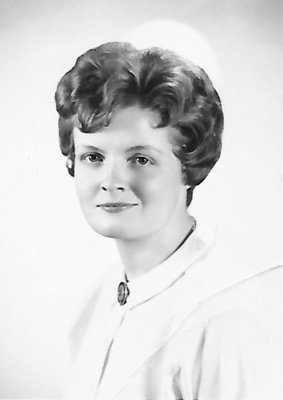 Elizabeth Bootsie (Hill) Gowarty, R.N., 75, Clarks Summit, died Thursday at home. She was the widow of the late Edward M. Gowarty, who died March 14, 1996. The couple was married over 31 years.

Born Nov. 29, 1942, in the Bull's Head area of Scranton, she was the daughter of the late Vaughn and Elizabeth (Gallagher) Hill. She was a graduate of Scranton Central High School and the Scranton State General Hospital School of Nursing. She and her husband moved their family to Clarks Summit in 1979.

Bootsie began her nursing career at the Scranton State Hospital before serving as a night nurse and later an administrator for the Jewish Home of Eastern Pa. for over 30 years. She volunteered for SCOLA and was an active member of the Abington Senior Center where she made many treasured friendships. She enjoyed traveling, especially to her beloved Ireland and England, reading and the Senior Tai Chi class in which she participated for many years. Bootsie was a fervent supporter of the Democratic Party.

Bootsie was very charitable, had a wide-ranging love of music and an ever-present sense of humor. To that end, she requested that the song "She's Gone" by Hall & Oates be played at her funeral. (We "think" she was kidding.)

She was a devout Catholic who attended St. Ann's Novena her entire life and was a member of Our Lady of the Snows Parish, Clarks Summit.

Bootsie enjoyed spending time with her grandchildren and was a loving "Nana" to all of them. She looked forward to all of their activities, attending many dance recitals and field hockey, soccer, basketball, softball and baseball games. Nana was a constant in their lives, and she is already dearly missed.

She was preceded in death by her brother, Gerard Hill; and brother-in-law, Joseph Pauhalla.

The funeral will be Tuesday from Our Lady of the Snows Church, 301 S. State St., Clarks Summit, with Mass of Christian Burial at 9:30 a.m. to be celebrated by Monsignor Joseph G. Quinn, pastor. Interment, SS. Peter & Paul Cemetery, Scranton.

The family will receive relatives and friends Monday from 4 to 7 p.m. at the Jennings-Calvey Funeral and Cremation Service, Inc., 111 Colburn Ave., Clarks Summit, PA 18411.

For directions, or to leave an online condolence, visit the funeral home website.

the family will receive relatives and friends

To order memorial trees or send flowers to the family in memory of Elizabeth Gowarty, R., please visit our flower store.
Send a Sympathy Card