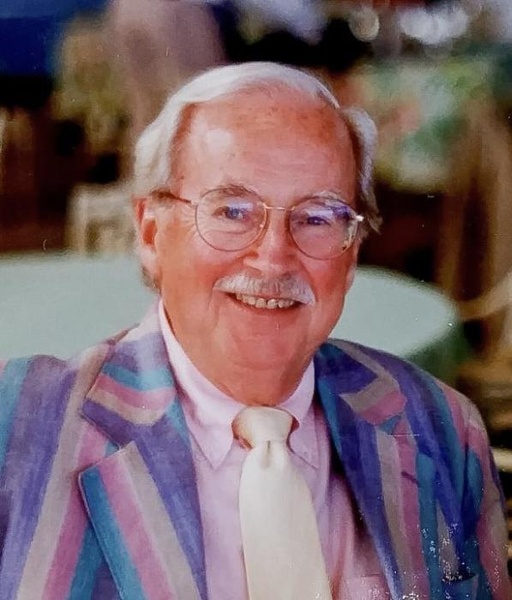 Dr. John J. F. Holmes, 91, area native and resident of Clarks Summit, died peacefully on Wednesday. He was the husband of the late Alice (Corcoran) Holmes, who died in 2012, and he was the proud father of five sons and grandfather to seven grandchildren.
Born Jan. 15, 1928, in Archbald, “Jack” was the son of the late James A. and Blanche E. (O’Horo) Holmes Sr. Jack graduated from Archbald High in 1945 and received a Bachelor of Science from the University of Scranton in 1948, valedictorian both times.  After earning his medical degree from the University of Pennsylvania in 1952, Dr. Holmes served a one-year residency with Geisinger Medical Center in Danville, Pa. In October 1953, he entered the United States Army as a captain, serving as a doctor in Nuremberg, West Germany.
Upon his honorable discharge, and return to the states, Dr. Holmes opened his family practice in Jermyn, where, for the next 46 years, he treated four generations of patients throughout the Lackawanna Valley. Like many general practitioners of his day, Dr. Holmes practiced obstetrics as well, delivering hundreds of baby boom children in the area, including several of his own nephews.  A perfectionist in every way in the delivery of medical arts, Dr. Holmes was a trusted diagnostician and a thorough caregiver who followed his patients through every hospital stay and procedure, rounding day and night to visit his patients, before and after his office hours and always in his trademark coat and tie. In 46 years, the only time his patients ever saw “Doctor” informally dressed was when he was a cardiac patient himself and rounded the floors of the Moses Taylor in his robe, wheeling his own IV.
In late 1958, Jack met Alice Corcoran on a blind date, proposed to her soon after and entered the sacrament of marriage with her on June 6, 1959. From 1960 through 1968, Jack and Alice welcomed five sons into the world, John Holmes, of Scranton, Pa.; William Holmes (Kelly), of Chatham, N.J.; James Holmes (Anna Marie), of Los Angeles, Calif.; Larry Holmes (Priscilla), of Ardmore, Pa.; and Michael Holmes, of Lancaster, Pa. For 53 years, Alice and Jack beamed a bright, shining example of marriage to family, friends and the world. After the sons were older, and family vacations became more sporadic, Jack and Alice enjoyed travelling together to Florida every year and enjoyed a memorable trip to Ireland in 1996. Deeply romantic, Jack referred to Alice as his Miss Scarlet in cards and correspondences, and, every June 6, no matter the circumstances, he would surprise Alice by playing the Wedding March at 11 a.m., including, for the 54th time, on June 6, 2012, two days before his beloved wife, Alice, passed away.
Jack was a devoted father to his sons and, later in their lives, his daughters-in-law, in one instance serving as a birthing coach for the arrival of his second grandchild. Though he worked very long hours in his medical practice, he devoted 100% of his remaining energy to his family and, later, his grandchildren, travelling on vacations with them and waking them at 5 a.m. to watch the sun rise over the Atlantic Ocean.
With what little time left after devotion to his family, Jack enjoyed spending time in his garden. With the same meticulous, patient, long-term care he showed his patients, Jack would tend his orchids and plants and shrubs, nursing them from seeds and saplings in his makeshift basement greenhouse and cold-boxes until they were strong enough to flourish outside in his garden at 215 Fairview Road. He and Alice would conclude his gardening efforts by enjoying a perfect Manhattan among the splendor.
In addition to his sons, Jack is survived by his sister, Ann Marie Malloy; seven grandchildren, Ian, Jack, Grace, Kevin, Annie, Max and Ryan; and brothers and sisters-in-law; and numerous nieces and nephews and their children.
Jack was preceded in death by his parents; and the love of his life, Alice; and his brother, James A. Holmes Jr.; and another brother, Francis, who died in infancy.
The funeral will be on Tuesday at 10 a.m. at Our Lady of the Snows Parish with a Mass of Christian Burial to be celebrated by Monsignor Joseph G. Quinn, pastor. Interment to follow at Mother of Sorrow Cemetery, Finch Hill.

The family will receive relatives and friends on Monday from 5 to 8 p.m. and Tuesday from 8:30 to 9:15 a.m. at Jennings-Calvey Funeral Home, 111 Colburn Ave., Clarks Summit.
Memorial contributions may be made to Friends of the Poor, 148 Meridian Ave., Scranton, PA 18504.
The family would like to thank the staff at Clarks Summit Senior Living, where Jack was in residence for many years, and the staff at the Jewish Home of Eastern Pennsylvania, whose comforting care and compassion enhanced the quality of Jack’s final months.
To order memorial trees or send flowers to the family in memory of Dr. John Holmes, please visit our flower store.
Send a Sympathy Card