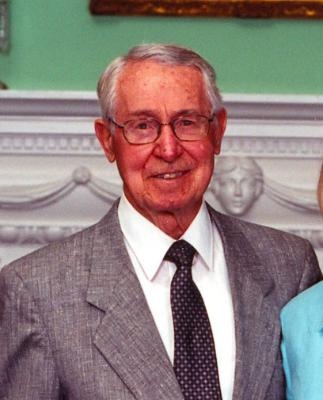 Born Jan. 26, 1920, in Scranton, he was the son of the late James and Mary Price Hopkins. He was formerly a long-time resident of North Scranton. A graduate of Scranton Central High School, he earned a Bachelor of Science degree from the University of Scranton. A World War II Army veteran, Donald served in the invasion of North Africa and Sicily and was awarded the Purple Heart, Good Conduct Medal and European African Service Medal with one silver service star. Donald had a long professional career in the automobile business in the region, serving as general manager at several dealerships during a 40-year career. He retired from the Howard Isaacs Chrysler/Plymouth/GMC dealership, Trucksville. Upon his retirement, Donald was an active volunteer as a reading tutor for returning students and at Allied Services. He also continued to work part time, first as a tax specialist for H&R Block and then later as a dispatcher with the state Department of Transportation in Clarks Summit. He continued to work until the age of 88.

An avid golfer, Donald was a long-time member of the Scranton Canoe Club.

The family will receive relatives and friends Tuesday from 5 to 7 p.m. at Jennings-Calvey Funeral and Cremation Services Inc., 111 Colburn Ave., Clarks Summit, with blessing services at 7 by Monsignor James J. McGarry. Interment, Abington Hills Cemetery, South Abington Twp., will be private at the convenience of the family.