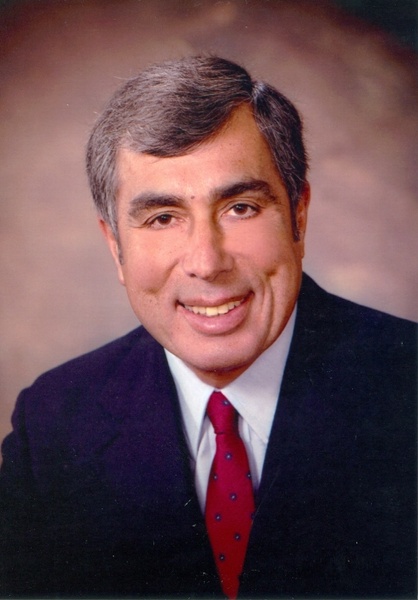 David A. Pease Jr., Waverly Twp., died Thursday at Geisinger Community Medical Center, Scranton. He was the husband of the late Lillian Marie Kotzur Pease. The couple was married Oct. 26, 1963, and they enjoyed 43 years of marriage.
Born in Steelton, David was the son of the late David and Anna Palmari Pease Sr. He was a graduate of Bishop McDevitt High School, Harrisburg. He attended Penn State and served in the United States Air Force Reserves, before starting his lifelong professional career.
Dave was very proud to be an agent for MetLife and later, Mass Mutual for more than 60 years. He met his wife, Lillian, while working in the Hazleton Sales Office. His work ethic and enjoyment of his job excelled him to be recognized by MetLife for his outstanding contributions to the company. He received many prestigious awards to recognize his individual sales as well as his role of general manager for the Chinchilla and Moosic sales offices. He received the distinguish honor of being inducted into MetLife’s Hall of Fame for both sales and management. He was one of two people to achieve this at MetLife. Dave and Lillian always enjoyed attending president and leadership conferences to celebrate his yearly achievements. He was proud of his agents, leading his team to be the top sales office each year during the 1980 and 1990’s. Dave was most proud when 20 years ago, his son, David moved to the sales portion of MetLife and together they established their own sales office. Together, they were an amazing team. They treated their clients as they would family.  Many clients became dear friends.
Spending time with his family was his greatest pastime. He attended every school concert, dance recital and sporting events of his grandchildren. He was so proud of each of their achievements. They were his greatest joy. Being their grandad was his favorite role in life. They were so lucky to have him for 16 years.
He was an avid sports enthusiast. He enjoyed watching a variety of sports. He was a loyal and lifelong fan of the Penn State football team. He and Lillian, along with family and friends, enjoyed attending home games as well as conference games. He was an honorary coach at Penn State.
Dave loved a good dinner and a fun party. He enjoyed hosting yearly Super Bowl parties at his home. He recently attending parties at the home of his son and daughter-in-law. He always enjoyed Thursday night dinners and trips to New York with the gang.
The family would like to give a very special thank you to Jackie Bunnell, who was Dave’s caregiver and companion for more than 14 years. Jackie’s kindness, patience and special care will always be appreciated and remembered.
The care Dave received by the medical team of Geisinger CMC ICU was outstanding. Not only were they attentive to Dave’s needs but also provided daily updates to our family. The family gives a special thanks to Lauren, his nurse, who they never had the chance to meet. Her kindness and care to Dave and his family at the end was very much appreciated and will never be forgotten.
Surviving are a son, David A. Pease III, of Waverly Twp., and wife, Laura; grandchildren, Caroline Marie and David Ronald Pease; and sister, Louise Ravert, Fredericksburg, Va.; nieces, nephews and cousins.
He was preceded in death by a brother, Richard Pease Sr.
Due to the current COVID-19 restrictions, a celebration of Dave’s life will be held at a later time. Dave’s family looks forward to gathering in the future with friends and family who have been so supportive during this difficult time.
The funeral will be private with a Mass of Christian Burial at the Church of St. Gregory, Clarks Green, to be celebrated by the Rev. John M. Lapera. Entombment, Cathedral Cemetery.
The family asks that memorial contributions be made to a local organization whose goal is to assist families during the holiday season: Toys for Tots, www.toysfortots.org; Dalton Food Bank Pantry, www.facebook.com/daltonfoodpantry; or Lackawanna Area Agency on Aging www.lackawannaaging.org; or a charity of the donor’s choice.

To order memorial trees or send flowers to the family in memory of David Pease, Jr., please visit our flower store.
Send a Sympathy Card