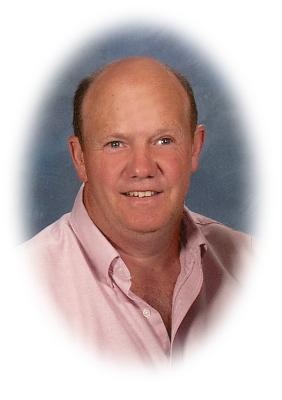 David A. Cobb, Benton Twp. died Tuesday afternoon at the Hospital of the University of Pennsylvania following a courageous two week fight for his life after heart surgery. His wife and soul mate of 25 years is the former Gayle Ann Kirk. The couple would have celebrated their 26th wedding anniversary on June 24, 2015.

Born in Benton Twp., he was the son of the late Paul B. Cobb and the late Anna Dabelko Cobb. He was a graduate of Lackawanna Trail High School and attended the University of Scranton. David, up to the time of his recent surgery, worked for more than 29 years as a machinist at General Dynamics, Scranton.

David was a loving and devoted husband, father, son-in-law, brother-in-law, uncle and friend. He was also a devoted son most especially to his cherished mother whom he visited on daily up to her death in 2008.

He adored his daughters and was so very proud of their achievements. He enjoyed most his daily walks with his beloved wife and time spent with and/or teasing his girls. He was a soccer and basketball coach for his daughters' teams and loved watching them play volleyball at Trail. David's touch will literally live on through all the various decks, gazebos, garages, barns, and even houses that he built in his spare time over the years. Throughout his life, he was a hardworking man as wellas a great athlete and continued to play walleyball weekly.

David enjoyed his quadding adventures with his brother Mark, daughter Sara, Steve Green, Joe Wright and other friends. He was an extraordinarily pure and noble spirit with a quiet sense of humor. His depth of intelligence and his unique desire to help anyone who needed him made him an exceptional human being.

He held a Vocational I certificate in building trades. David was a member of International Association of Machinists. He was a member of the Tunkhannock United Methodist Church.

The family would like to thank the doctors, medical staff and palliative care staff at the University of Pennsylvania Hospital Cardiac Intensive Care unit for the care given to David and his family these past two weeks. Special thanks also to Steve and Susanne Green, Dalton; close friends to David and Gayle and the entire Cobb family who spent tireless hours in Philadelphia these past two weeks.

The funeral will be Saturday with services at 11:00 am from Dalton United Methodist Church, 125 Turnpike Road, Dalton, PA with services by Rev. Lori Robinson Welch and Rev. Craig Gommer. Interment Chase Cemetery, Fleetville. The family will receive relatives and friends Friday from 4 to 7 pm at the Jennings-Calvey Funeral and Cremation Service, Inc., 111 Colburn Avenue, Clarks Summit, PA 18411. For more information, directions, or to send an online condolence, please visit www.jenningscalvey.com