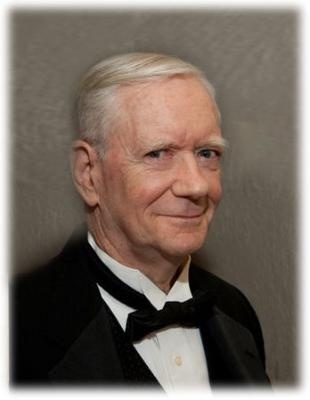 David S. Berk, 81, of South Abington Twp., died Tuesday at Geisinger Community Medical Center. His wife of 58 years is the former Patricia "Patti" Gragg. The couple was married since Aug.. 17 1957.

Born June 13, 1934 in Flushing, N.Y., he was the son of the late David and the late Ethel Swain Berk. A South Abington Twp. resident since 2012 having moved from Syracuse, N.Y., he was formerly of Poughkeepsie, N.Y. He was a 1951 graduate of Power Memorial High School, Manhattan, N.Y. and received his associate's degree, having studied forestry at Paul Smith's College, Paul Smiths, N.Y. and received his bachelor of science from Syracuse University.

He had been a civil engineer for the state of New York State. He later was employed by DuPont Corp. as a vegetation manager located in Poughkeepsie, N.Y.

Dave was a true outdoorsman. He enjoyed hiking and traveling, having traveled with his wife on many trips. A history enthusiast, he was an avid history buff. He was a woodcrafter sharing his handmade items with others.

The funeral will be Saturday from Our Lady of the Snows Church, 301 S. State St., Clarks Summit, with Mass of Christian Burial at 11 a.m., to be celebrated by Monsignor Joseph G. Quinn. Interment, Clarks Green Cemetery.

Arrangements are entrusted to Jennings-Calvey Funeral and Cremation Service Inc., 111 Colburn Ave., Clarks Summit. Memorial contributions may be made to Our Lady of the Snows Church, 301 S. State St., Clarks Summit, PA 18411.

Our Lady of the Snows
301 South State Street
Clarks Summit, Pennsylvania, United States
18411
Get Directions
To order memorial trees or send flowers to the family in memory of David Berk, please visit our flower store.
Send a Sympathy Card