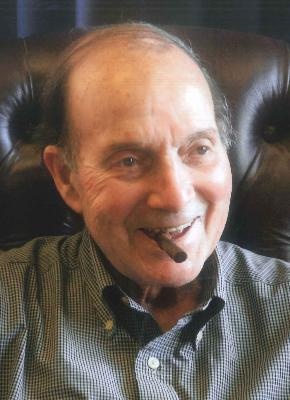 Anthony F. "Tony" Suraci Sr., 88, of Clarks Green, died Monday upon arrival at Regional Hospital of Scranton. He was the loving husband of 58 years, married to the former Luciana DiMattia.

Born April 8, 1928 in Brooklyn, N.Y., he was the son of Italian natives Anthony and Mae (Zingale) Suraci born in Italy.

His family moved to the Scranton area in 1931 from Brooklyn, N.Y. He was a 1945 graduate of Scranton Central High School and a 1950 graduate of the United States Naval Academy. He honorably served in the Navy.

He was a member of Church of St. Gregory Church, Clarks Green, the Country Club of Scranton and the U.S. Naval Academy Alumni Association.

He was also preceded in death by sister, Flora Suraci Keating; and a brother, Dominic Suraci.

Funeral services will be private with services by Rev. John M. Lapera. A future memorial service will be held at a time to be announced.

To order memorial trees or send flowers to the family in memory of Anthony Suraci, please visit our flower store.
Send a Sympathy Card