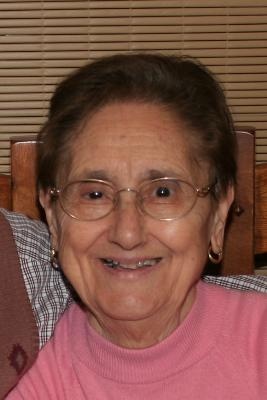 Anna (Micale) Pollino, 89 years, of Providence, RI, died Saturday, at the home of her son Dr. Vincent Pollino, Clarks Summit. She was the loving widow of Francesco Pollino who died December 14, 2014. The couple was married for 65 years.

Born December 12, 1926 in San Pier Niceto, Sicily, Italy, Anna was the daughter of the late Pietro and Teresa (Nastasi) Micale.

Anna was educated in San Pier Niceto, Sicily, Italy and also lived in Venezuela prior to moving to Providence, RI. She was employed by Golden Crown Jewelry Stores where she was a piece worker. Anna later worked in the textile and sewing manufacturing industry.

She enjoyed working in the garden with her family, especially her husband, and also cooking and baking for her family. Anna also enjoyed socializing with friends and going to the casino.

Preceeded in death a brother, Giuseppe Micale, and a daughter-in-law Lorraine Pollino.